Was Jesus a fundamentalist?

Fundamentalists are considered unenlightened. Was Jesus?

A Facebook friend of mine who is much smarter than I recently posted,

A question for my American FB friends: Why do a significant number of people in the USA believe and promote so many crazy conspiracy theories regarding the Corona virus? These theories seem to flourish especially among conservative or fundamentalist Christians. Is there some connection here?

Whether intended or not, I read in here the implication that “fundamentalist” Christians are easy prey for peddlers of dumb ideas. It raises a profound question: Was Jesus a fundie? Was He simple-minded?

Under the heading “Christian fundamentalism”, Wikipedia tells us,

Christian fundamentalism began in the late 19th and early 20th centuries among British and American Protestants… as a reaction to theological liberalism and cultural modernism. Fundamentalists argued that 19th-century modernist theologians had misinterpreted or rejected certain doctrines, especially biblical inerrancy, which they considered the fundamentals of the Christian faith… In keeping with traditional Christian doctrines concerning biblical interpretation… fundamentalists usually believe in a core of Christian beliefs which include the historical accuracy of the Bible and all of the events which are recorded in it…

Fundamentalists believe in creation, not evolution; they believe Adam and Eve existed; they believe in the destruction of mankind in Noah’s time, the historicity of the patriarchs and of the Exodus. What did Jesus believe (in fact, know)?

But from the beginning of the creation, God “made them male and female” (Mark 10:6).

They ate, they drank, they married wives, they were given in marriage, until the day that Noah entered the ark, and the flood came and destroyed them all (Luke 17:27).

Tick for His belief in the Flood.

And as Moses lifted up the serpent in the wilderness, even so must the Son of Man be lifted up (John 3:14).

Tick for His belief in the Exodus and the wilderness experience of the Israelites.

But he said to him, “If they do not hear Moses and the prophets, neither will they be persuaded though one rise from the dead” (Luke 16:31).

Tick for His belief in Moses and all the prophets. Summarizing all that we have thus far seen, note Jesus’ words in John 10:35:

If He called them gods, to whom the word of God came (and the Scripture cannot be broken) …

Leaving aside as irrelevant the issue of possible copyist errors, Jesus knew the Scriptures were totally trustworthy. “Inerrant” seems like an apt word to use.

The usual response of the believing intelligentsia is to say something like this:

Premise One: Since the nineteenth century, scholars have proven that the Old Testament is not literally true, that much of it is myth;
Premise Two: Jesus would have known the truth of the matter;
Conclusion: Jesus had to accommodate His language to the worldview of His day, utilizing categories of thought His listeners were familiar with.

Circular reasoning in all its gory.

Yes, Jesus Christ, God in the flesh, was a fundie. So where do we go from here? 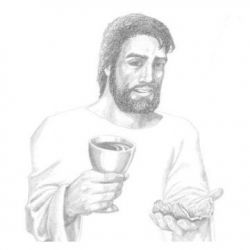